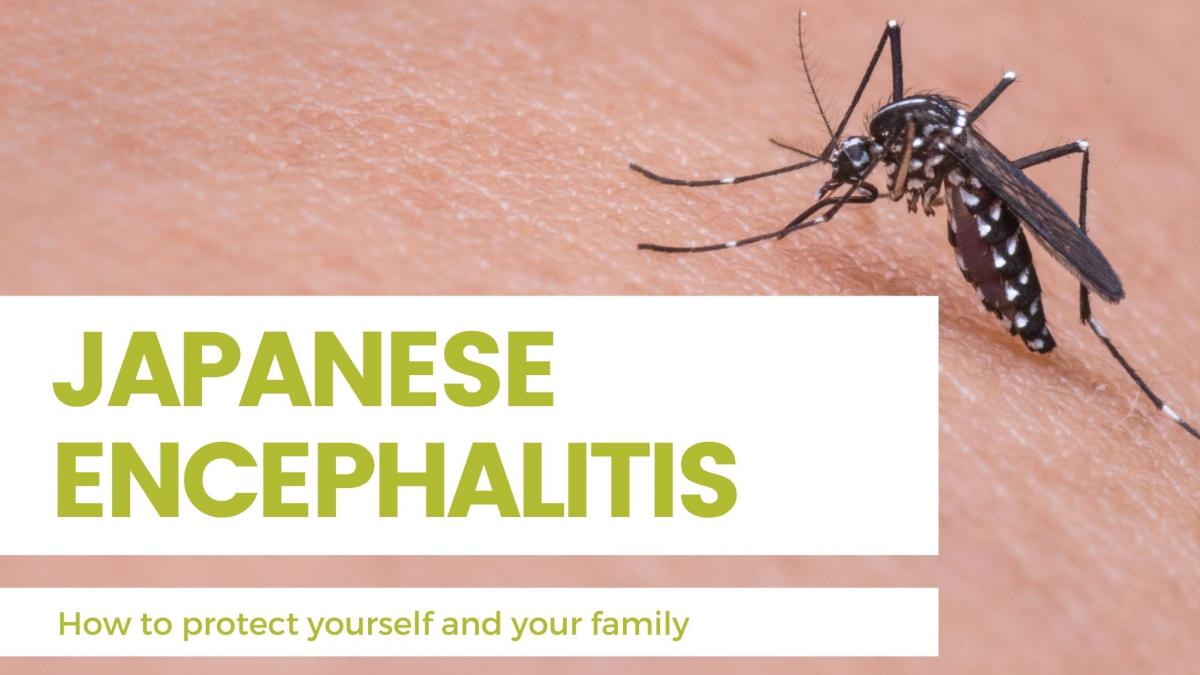 Japanese Encephalitis is a mosquito-borne disease that has reared its head here in Australia these last few months. It is a rare but potentially life threatening disease so it's important to take it seriously and protect yourself where you can.

What is Japanese Encephalitis?

Japanese Encephalitis is a viral disease that is spread to humans through the bite of infected mosquitoes. Pigs are one reservoir of the virus, but it's important to note that you can't get JE virus from eating infected pork products, or from another human; it is only spread through mosquito bites.

Most people who get Japanese Encephalitis virus are asymptomatic which is great news. But, unfortunately, some people will develop a serious infection that causes encephalitis which is inflammation of the brain. This can lead to permanent disability or death. It takes about 6-16 days to develop symptoms after being bitten by an infected mosquito.

How do you catch Japanese Encephalitis?

As we mentioned above, Japanese Encephalitis is a mosquito-borne disease. That means you need to be bitten by an infected mosquito to contract the disease in the first place.

Not every mosquito species is a carrier of the JE virus, it is primarily the Culex species you need to watch out for. But there are some areas that will put you at a higher risk of coming into contact with an infected mosquito. This includes people who:

How do you prevent catching Japanese Encephalitis?

For people who are at particularly high risk (including people who work with pigs or mosquitoes, or those travelling to countries where the disease is endemic), there is a vaccine available against the Japanese Encephalitis virus. You can find out more from the Victorian Department of Health, or talk to your GP about whether this is an option for you.

Luckily, Culex mosquitos, which are the main carriers of JE virus, are relatively easy to repel when compared to other mosquito species. So stay vigilant, but rest assured knowing that the APVMA approved insect repellents currently available here in Australia are going to do a great job at keeping you safe when applied correctly.

What are the symptoms of JE Virus?

While most cases of JE virus are asymptomatic, there are a couple of symptoms to keep an eye out for. These include:

Symptoms usually take around 6-16 days to develop after being bitten and should be cause to seek immediate medical attention, particularly if you have been to an affected region recently.

The Australian government and state health departments have put out some great resources on JE Virus. If you want more information, we would recommend checking them out:

Don't forget about other mosquito-borne diseases

While Japanese Encephalitis is new and scary, the risk of catching it and experiencing severe symptoms here in Australia is currently quite low. But that doesn't mean you should let your guard down. Protecting yourself against mosquito bites has always been important as there are a number of mosquito-borne diseases across Australia. The best thing you can do is find a repellent that you love to wear and are happy to reapply throughout the day, especially when you're in an area with lots of mosquitoes.

Looking for an insect repellent that smells great and feels great? Good Riddance Insect Repellent might be exactly what you're looking for!